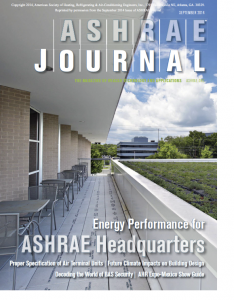 When the facility was built in 2008, a living lab was included to collect ongoing energy data of HVAC systems, including a ClimateMaster ground-source heat pump system (GSHP) on the second floor and a variable refrigerant flow (VRF) system on the first floor.

The article concluded that over a two-year period, the normalized energy use (kWh per ft2) of the GSHP system was 44% less than the VRF system while maintaining similar zone temperatures.

You can also order copies of the article on the business center under part number LC1019.