Tower/Boiler Systems for Retail and Restaurants 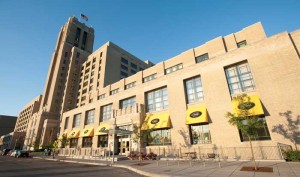 In the mid-1920s, Chicago-based Sears Roebuck & Co. made a strategic choice to move many of their stores away from downtown areas. Perhaps they knew they were planting seeds that would eventually grow into the 21st-century retail mall industry. As decades passed, a new vision for the abandoned building was to repurpose it into a swank, inner-city ‘Midtown Exchange’ retail and living environment consisting of over a million square feet and 329 living units. One of the biggest hurdles in retrofitting the massive, old structure into a diversity of modernized, smaller spaces was the desire to install state-of-the-art mechanical systems.