The most educational residential HVAC blog in the country, providing, HVAC systems articles and videos, as well as information on geothermal systems.

How Much Does Geothermal Heating Cost? 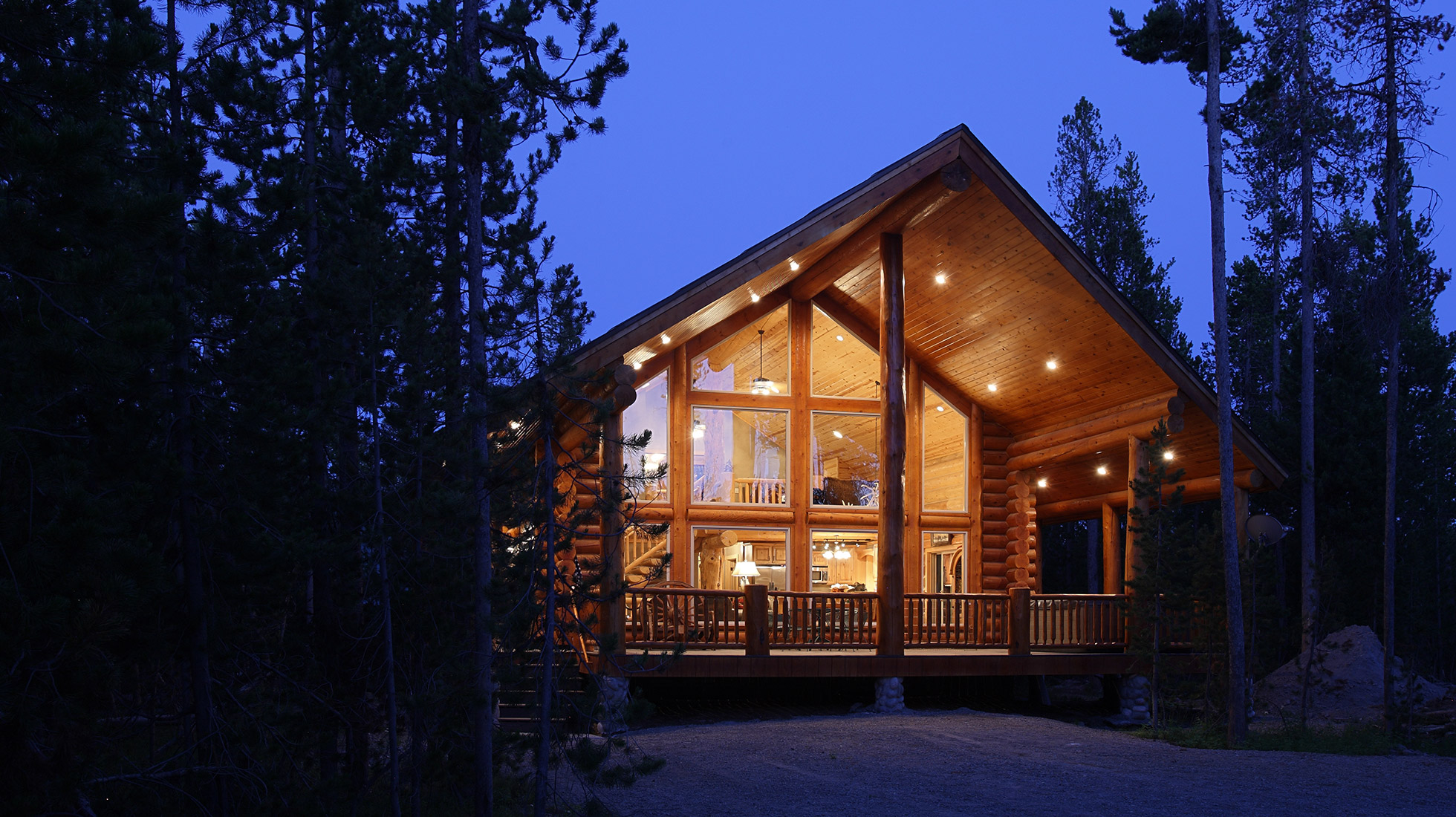 ­How Much Does Geothermal Heating Cost?

If you’re wondering what geothermal heating costs, then you may already know that switching to an eco-friendly option requires some investment. According to energy.gov, reducing heating costs by as much as 50% and cooling costs by more than 35% compared with a conventional system is the top reason for choosing geothermal.

So how do you get the return you’re looking for? The key to saving money on any home heating and cooling is energy efficiency. The more efficient your HVAC system is, the more bang you’ll get for your buck.

All energy delivered with a combustion-based furnace comes from the consumption of a fuel source, whether it’s natural gas, propane, or ­oil. Geothermal heat pumps don’t generate heat—they just transfer it from the ground into your home. Only about one-third to one-fourth of the energy delivered in heating with a geothermal system comes from electricity consumption. The rest is extracted from the ground. With a geothermal heat pump, there’s no onsite combustion and therefore no emissions of carbon dioxide, carbon monoxide or other greenhouse gases. Nor are they combustion related.

While a typical furnace consumes a very small amount of electricity to power the fan, and other minor electrical components, most of the heat is generated through combustion. A geothermal heat pump uses electricity to power the compressor, fan, and circulating pumps. These important components help the heat pump move heat from the ground and bring it into the home through the vapor compression and refrigeration cycle.

So, if geothermal heat pumps are more efficient than furnaces, why do they consume more electricity, and how does that affect your monthly bill? 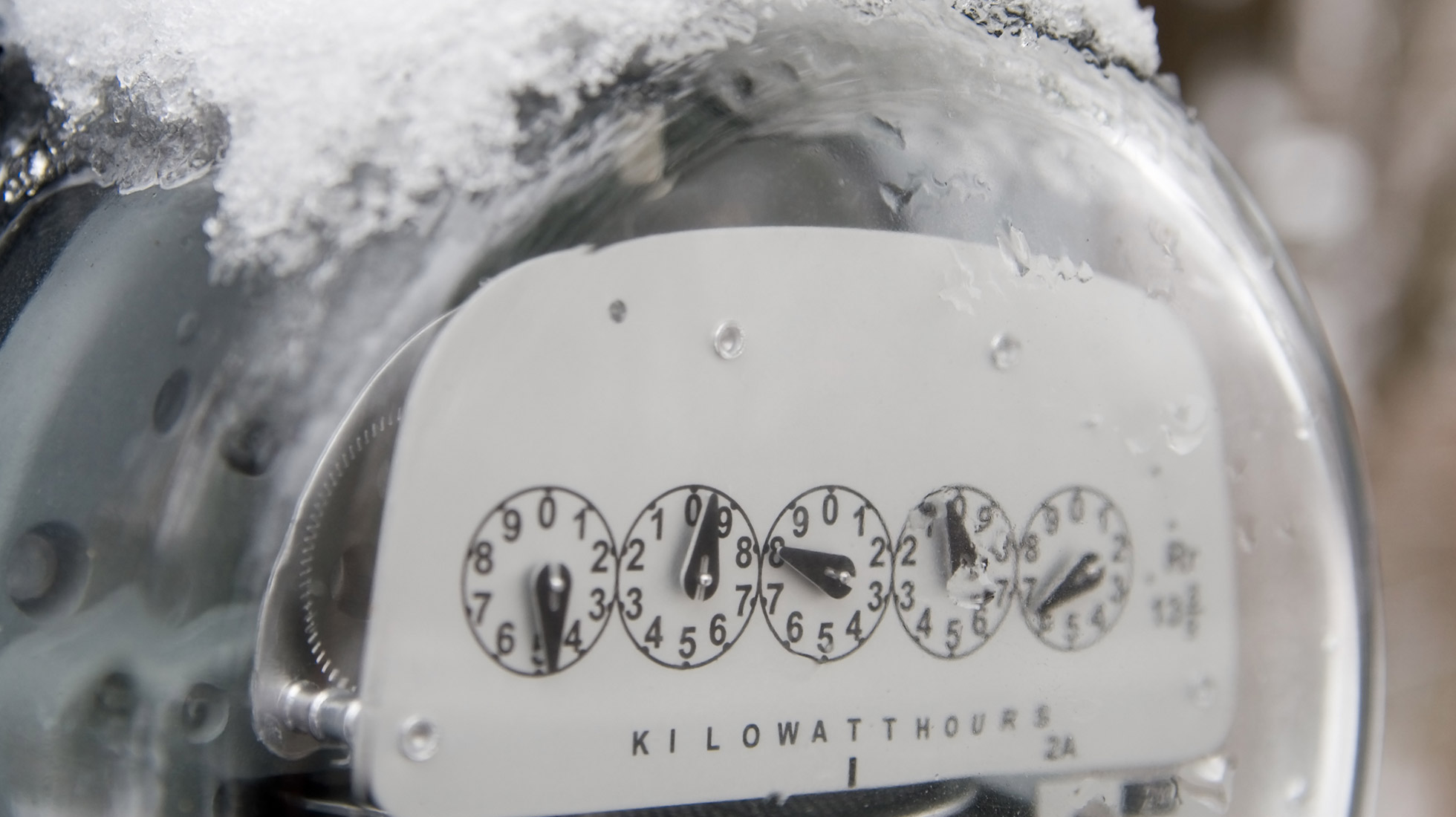 How Much Electricity Does A Home Geothermal System Use?

Electric usage will vary based on climate and seasonality. In a heating dominant climate (like upstate New York), about 50% of the additional electric usage attributed to your geothermal system will be consumed in just 3 months: December, January, and February. In fact, it’s normal if your December electric usage with geothermal is four times greater than what you used the previous December heating with an oil furnace.

For example, if your December 2019 electric usage was 500 kWh, it might be 2,000 kWh in December 2020 after upgrading to geothermal. However, without spending any money on oil or propane, your overall heating expenses for the year will be much lower!

Let’s take a look at a typical 2,500 square foot home in Cortlandt, NY which previously had a fuel oil furnace and central air conditioning before installing geothermal. If the furnace was 15 years old and operating at 75% efficiency due to wear and tear, this home will now use an additional 7,000 kWh of electricity annually while still saving over $1,500 or 47% of their total heating and cooling costs over the full year with geothermal heating and cooling. 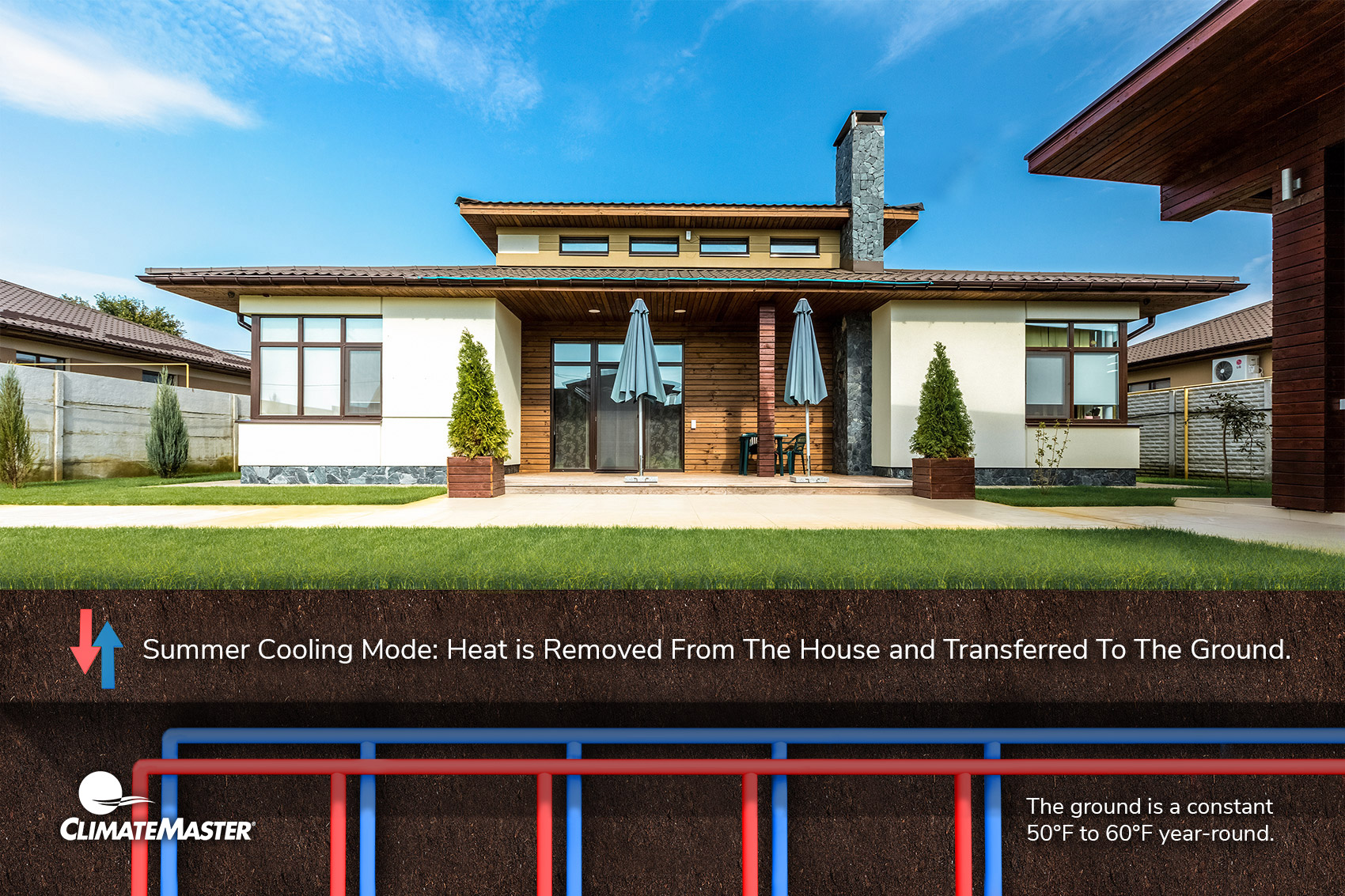 Geothermal heat pumps are more efficient and use less electricity for cooling than even hyper-efficient central AC systems. That’s because standard AC units remove hot air from your home and release it into the hot outdoors, while geothermal heat pumps move the hot air into the 50-degree ground where it’s more easily accepted.

A typical central AC has a SEER rating of 14-16, while a geothermal heat pump system has an average EER rating of 20-30. Because of this increased efficiency, homeowners with window units, wall units, or traditional central AC prior to installing geothermal usually see their electric usage decrease in the summer. 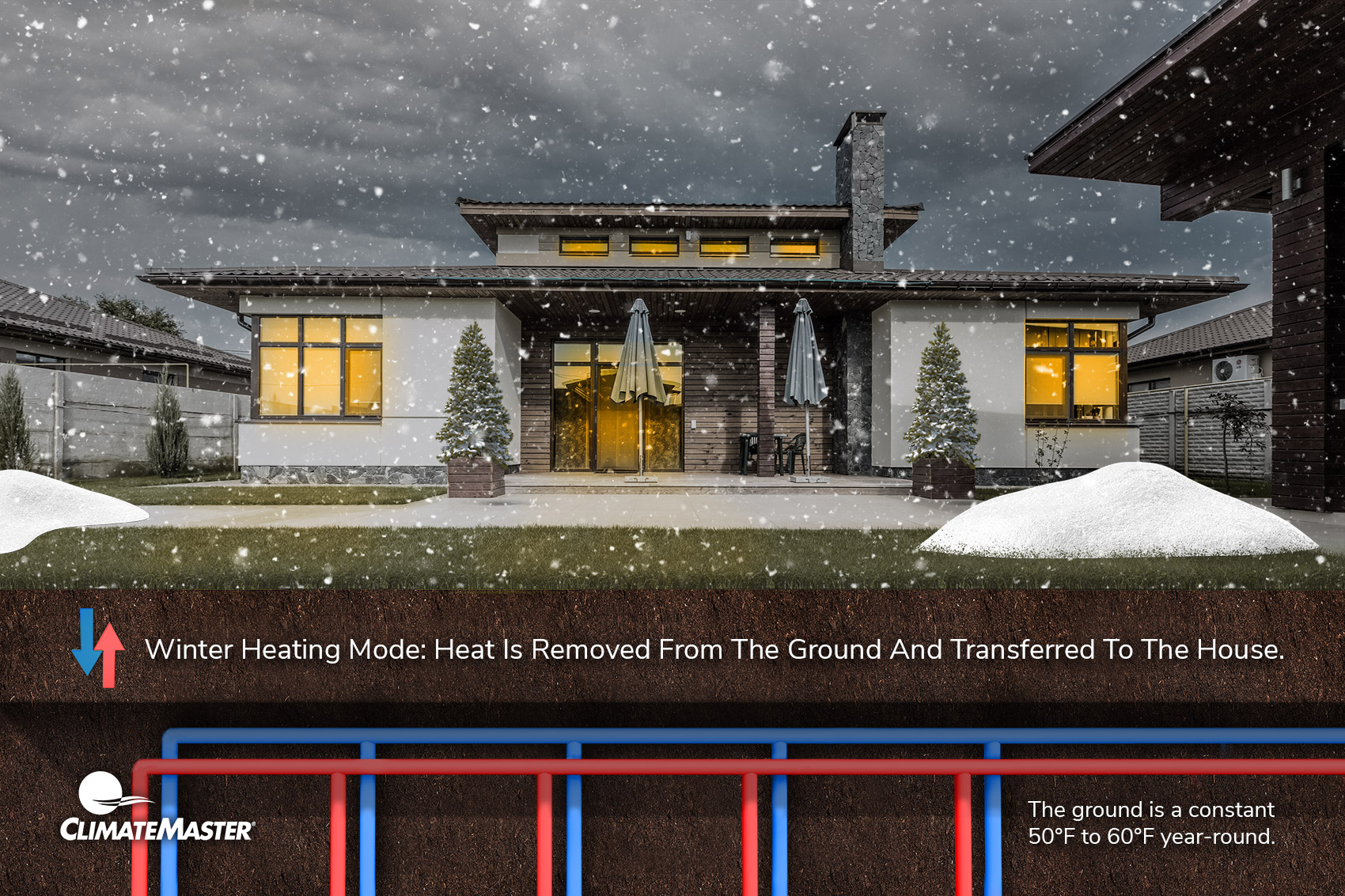 Electric usage will increase with geothermal in winter months, but the additional cost won’t be divided equally throughout the year. Because your electric bill will be lower in the summer than you paid previously, you’ll be spending less money overall than when heating and cooling with a conventional system.

In fact, heating costs and the savings associated with a geothermal system are relative to energy prices. As the prices of natural gas, propane, and heating oil increase with respect to the price of electricity, the savings associated with getting geothermal increase too. Historically, the rise in electricity prices has been slow but steady while natural gas, propane, and heating oil prices tend to be more volatile. For example, it’s not unusual to see articles on rising oil prices during political or economic disturbances. 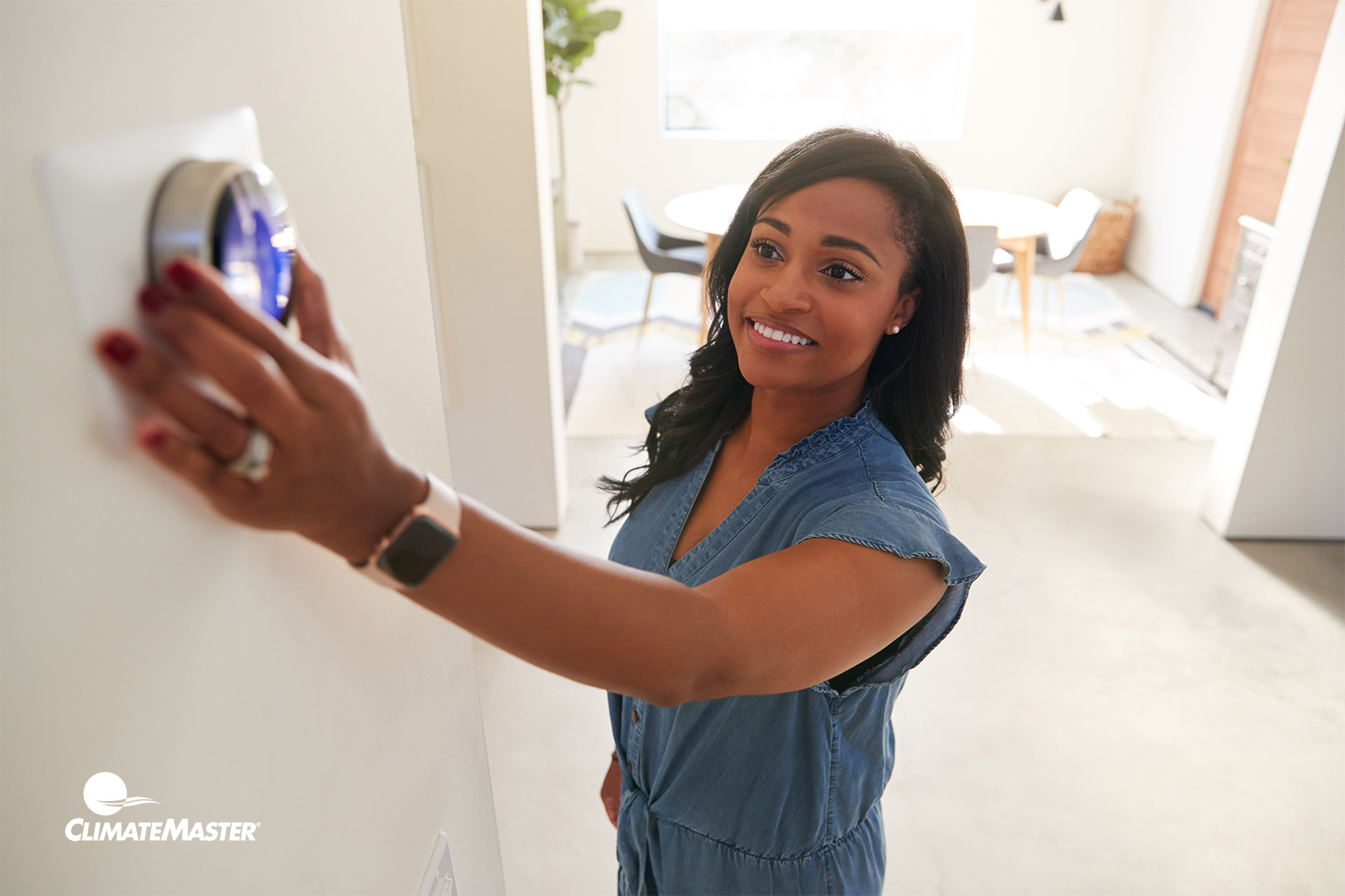 What Else Can Impact Your Electric Bill With Geothermal?

Many homeowners are used to adjusting their thermostat for when the family is sleeping overnight, or perhaps they set it at a different temperature for when they plan to be away from the house. This practice, known as thermostat setback, often saves money and energy when operating a fossil fuel furnace. But a geothermal system will run most efficiently when the thermostat is kept at a single temperature set point throughout the day.

Estimating an electric bill can also impact a homeowner. Some utility companies only read electric meters every other month, despite billing monthly. This means that during months where the meter was not read, consumption, and therefore the homeowners electric bill, is merely estimated. For customers making the switch to electric heating with geothermal, it is not uncommon for these utility companies to “under-estimate” electricity consumption during those winter months when the meter is not actually read.

This results in the appearance of unexpectedly high consumption in the month following, when the meter is actually read. Fortunately, because a two-month average is generally accurate, this is a short-term issue. With a little time, utility company estimates will improve once they obtain better data on new usage patterns.

Geothermal heating and cooling systems can save up to 70% on your annual energy bill. With the rising costs of fuel oil, propane and natural gas, available federal and local tax credits, now could be the best time to invest in a geothermal system.

Choosing a high-performing system from ClimateMaster™, the most respected name in the business, will offer you the most reliable way to save money when making the switch to geothermal heating and cooling, regardless of minor fluctuations.