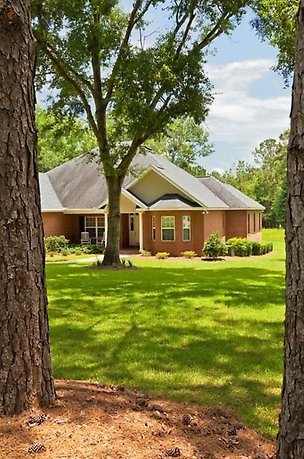 July 22, 2015 – In a new article in “Edmond Life & Leisure” magazine, Army Sgt. Rusty Dunagan’s life has recently become much easier, thanks to the Gary Sinise Foundation and Stephen Siller Tunnel to Towers Foundation.

A new home north of Oklahoma City, which includes an energy-efficient ClimateMaster geothermal heating and cooling system, includes an array of custom features that makes Dunagan’s life as a triple amputee as smooth as possible.

In 2010, Dunagan stepped on an improvised explosive device connected to a landmine while patrolling in Afghanistan. The explosion caused Dunagan to lose both legs and his left arm.

A family member then contacted the Gary Sinise Foundation’s R.I.S.E. (Restoring Independence Supporting Empowerment) program, which is designed to assist veterans build new homes to assist with those every day tasks.

Showers and tubs are designed for ease of use, and bathrooms use custom vanities, making washing up far easier.

In addition, Dunagan’s new house is equipped with smart technology that allows him to control seemingly every part of his house through his tablet or phone. From controlling the heater or air conditioner, raising and lowering cabinets and blinds or locking doors, Dunagan can now easily maintain his home.

Another feature of the home that makes life much easier involves paying monthly energy bills, as they are much lower compared to a similarly sized home using a traditional heating and air conditioning system.

Though the home was recently built, has it been saving money on energy bills? From the article:

“Towards the end, when we were finishing up the house, we used the heat and air conditioning a lot,” said (the home’s builder, Jim) Bowers. “But the bill stayed right around $150. For a house this size, that’s really good.”

We at ClimateMaster are very grateful for Dunagan’s sacrifice and helping keep our country free. We hope he enjoys his new home and are happy that he will experience lower utility bills.

You can read the article here.