Australia City Going ‘Down Under’ to Beat Heat

Sept. 9, 2015 – We at ClimateMaster are recognized as the world’s leader when it comes to geothermal, in terms of manufacturing more geothermal heat pumps than any one and also innovating new features and technologies.

We sell geothermal heat pumps all over the United States, but also ship our heat pumps all around the world. The city of Perth, Australia, is going to test a geothermal system to see how much money it can save residents during hot summers. 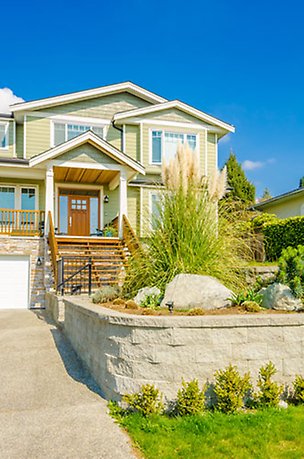 According to an article in Australian newspaper The Sunday Times, a local government developer is leading the Cool Earth project to see how efficient geothermal is at cooling. The project involves building two nearly identical homes side by side, one home with geothermal and the other with a traditional heater and air conditioner.

The homes haven’t began construction yet, but the 200-foot deep, six-inch wide hole has just been dug on the property of the future geothermal home. The two homes will be completed in 2016 and the geothermal versus traditional test will be measured for two years.

“This kind of technology is already being used around the world, generally for heating in cold climates, but it’s possible it could also be a more efficient, cost-effective and environmentally-friendly way for West Australians to keep cool in summer as well,” (LandCorp chief executive Frank) Marra said.

While Marra is correct that geothermal can provide great savings in heating during cold weather, he will soon see that geothermal also provides good energy and utility bill savings in cooling during hot weather as well. (On that subject, check out our many geothermal testimonials from satisfied customers all over the United States.)

After testing our geothermal heat pump equipment, we created the below table to quickly convey geothermal’s energy savings, in hot and cold weather compared to a variety of traditional heating and cooling methods. 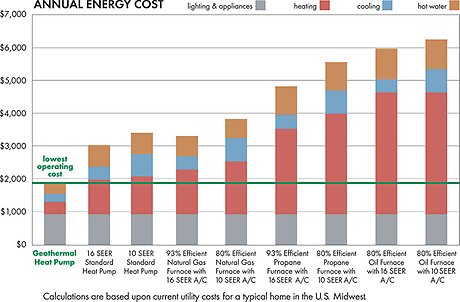 Needless to say, we are eager to find out the results of the Cool Earth project and will provide you the results when they are made public.

In the meantime, how much can geothermal save you on your heating and cooling bills? Use our geothermal calculator to get a good estimation: