Water source heat pump systems by ClimateMaster are the intelligent choice for comfort and efficiency in hotel buildings. The result of decades of research and proven performance, they provide reliable, low-maintenance operation with individual zone control. The systems utilize quiet, attractive units that are interconnected by way of an efficient water loop — rather than extensive and costly ductwork. No chiller is required. And unlike most other systems, ClimateMaster water source heat pump systems actually recover energy that would otherwise be wasted — and put it to work in other areas throughout the building.The result of this intelligent design is more than just quiet, comfortable performance. It translates into greater cost efficiencies on four vital levels: 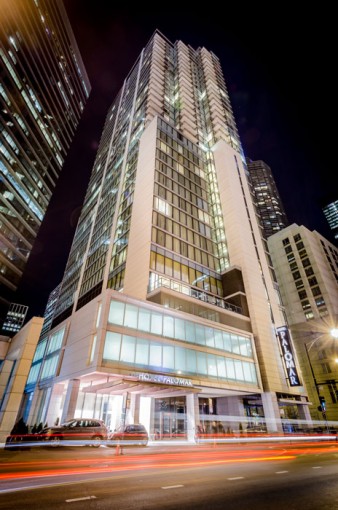 Among a myriad of practices to reduce waste, minimize toxins and conserve resources across all business functions, Kimpton® Hotels and Restaurants maintains its own set of EarthCare green building guidelines, including employing energy-efficient lighting and HVAC systems. These were of primary focus when the hotelier pursued construction of its 36-story, 353,000-square foot Hotel Palomar Chicago in the desirable River North neighborhood of downtown Chicago, which opened in the spring of 2010. 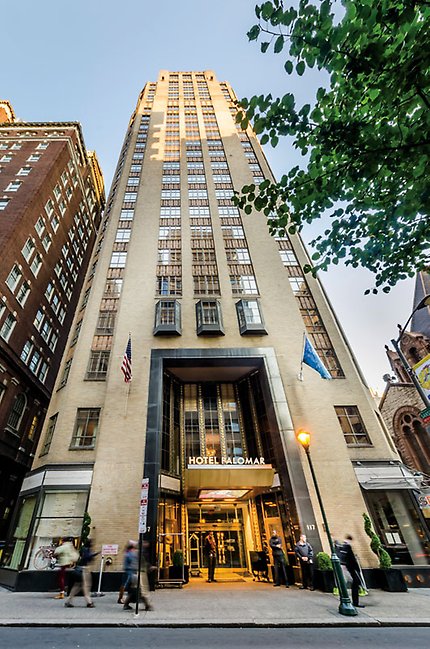 Kimpton’s Hotel Palomar Philadelphia, which, while maintaining its striking architectural charm, had become antiquated in its mechanical operations and overall energy efficiency. The 156,650-square-foot, 25-floor Art Deco hotel was originally constructed in 1929 and housed an architect’s office, thus earning it the title of “Architect’s Building.” Following its acquisition in 2008 and transition into the boutique hotel it is today, the building was slated for an extensive renovation in 2009 that included several initiatives to vastly improve the energy efficiency and overall sustainability of the property.